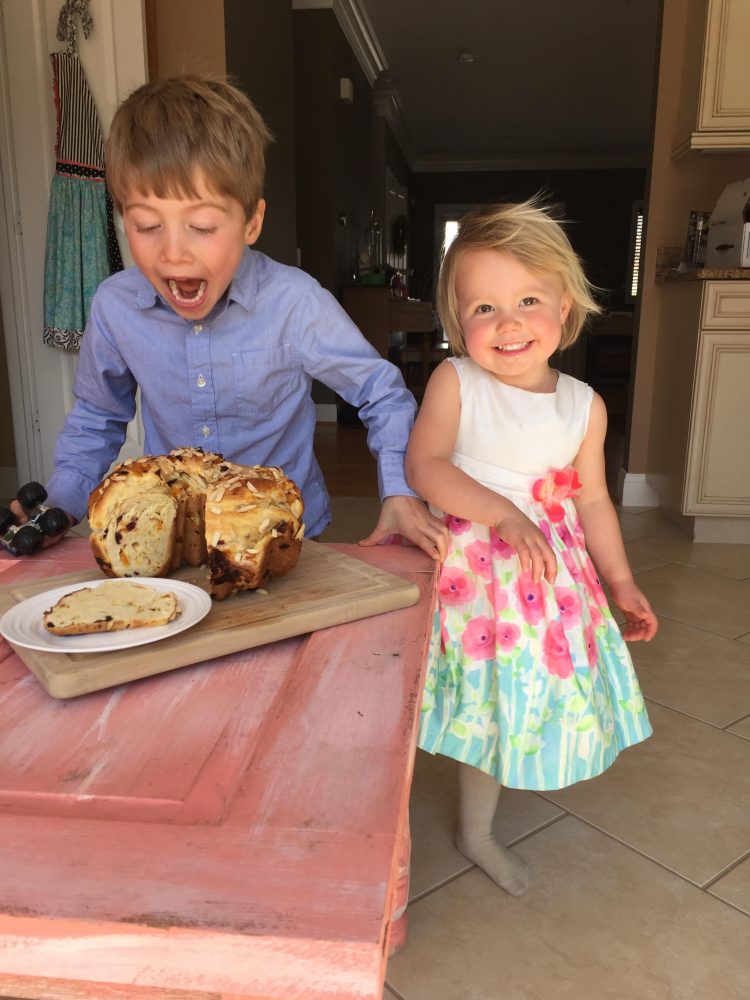 The look on Carson and Paige’s face shows how excited they were for the Easter Bread that their mom made. This bread has been around for centuries and has likely made kids jump for joy for many generations. It has a fascinating history like so many other Italian foods. Easter is when Colomba di Pasquale (Italian for Easter Dove) is traditionally served. The dove is a symbol of God’s peace following judgement and represents the Holy Spirit throughout the bible. It was likely the most popular symbol for early Christians much like the cross might be displayed today. So when the Dove Bread is served at Easter it served as a reminder to past generations much like the cross is a reminder to us today at Easter. I love the idea of what the Dove Bread stands for but the bread itself is really delish. The dough is  the same as the Christmas panettone and then formed into two logs that are intertwined to form something that looks like a dove. There are also dove-shaped pans to bake the dove bread in. But either baking it free-formed or in a special pan, the dough rises high and is misshaped, making it hard to tell it is a dove. It doesn’t matter, kids still love the idea and whatever shape it turns out will remind us of Christ as our refuge for peace.

Combine all of the ingredients, except dried fruit and nuts, in a stand mixing bowl and mix just until combined. Then use dough hook and knead for about 5 to 10 minutes or until dough is smooth and soft.  Fold in dried fruits and nuts. Cover the mixing bowl with plastic wrap and allow the dough to rise for about 4 hours or until puffy and slightly risen. Spoon dough into a  mold sprayed with non-stick baking spray. (Dough can be shaped into 2 8-inch logs and crossed to form a stylized dove). Cover with plastic wrap and allow to rise for 3 to 4 hours or until light and slightly risen. Brush with egg white that has been mixed with 1 tablespoon of water. Sprinkle with 2 tablespoons sliced almonds and pearled sugar. Bake in a preheated 375 degree oven for 45 minutes or until no longer doughy. Let cool about 10 minutes and remove from mold.

The Italian magazine with the original recipe is pictured below with Ashley’s rendition of Columba Pasquale next to it. The shape in the magazine is the traditional dove-shape made. There are paper molds or oven-safe plastic or metal molds to make the dove. Ashley used a star shape. 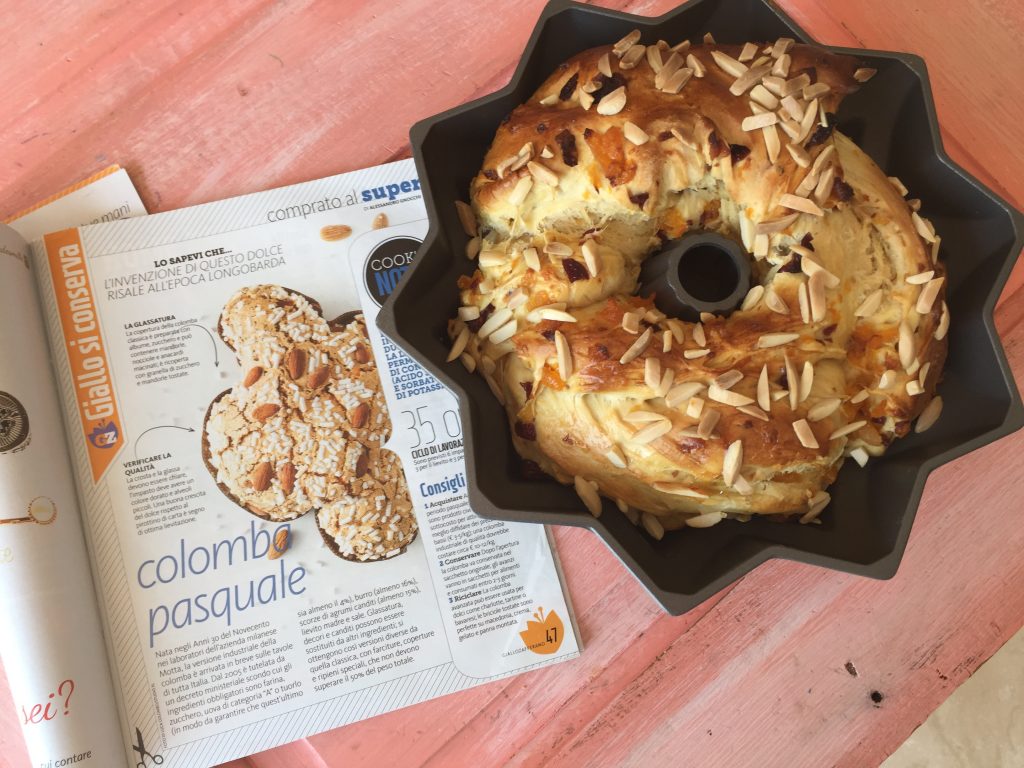